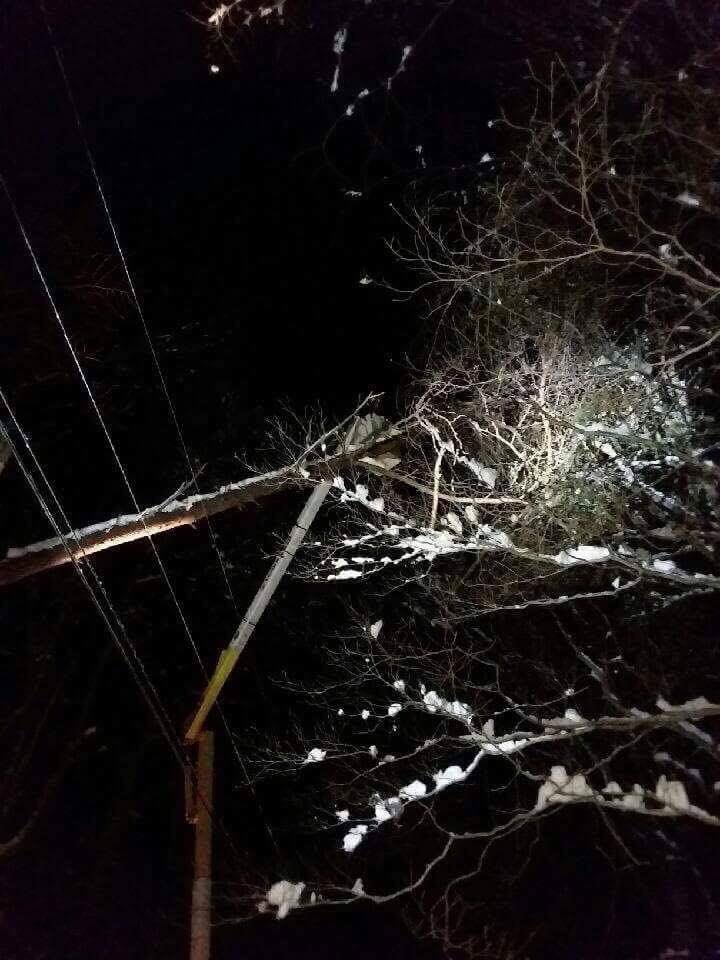 It’s Sunday morning and the power just came back on. It was out for most of the last two days and nights, and while I’m grateful for its return, I’m also somewhat pensive.

We slept well last night. The phone was out and the Internet was down. We spent the evening around the fire talking, reading,  and playing dominoes. There was no need to reach for the smartphone. There was nothing to post on facebook.

Did you notice how much quieter the house gets when the power is out? There is nothing to buzz or whir or ping, like the constant sound of the refrigerator running or the heat pump moaning or all those background noises that we don’t notice until they’re gone.

Did you notice how bright the stars were last night? The ubiquitous flood lights, security lights, street lights and signs were all dark, and the full glory of the skies, absent the pollution of modern distractions, was revealed.

Did you enjoy the brief vacation from hyper-connectivity, or were you too busy calling the power company to complain and fretting about the battery level of your smart phone?

The vast majority of those of us who live in these mountains admire the men and women who keep our lights on and who put themselves into harm’s way when the weather darkens our doors. We are concerned for their safety. We know that they work as hard as is humanly possible to restore power during an outage, and they don’t just work for us – they are us. Each and every one with family and friends just as inconvenienced as the next person.

Yet every time we have a widespread outage it seems that there is a vocal minority in need of an attitude adjustment, a few self absorbed individuals who would benefit greatly from a widening of their perspectives.

I have several suggestions for this minority, although the newspaper will only print a few of them.

So, if you were one of the folks yelling at the young people on the phone who spent the night at the power company to take your calls, or if you forgot about the linemen who didn’t see their families for two or three days, who went out in the snow and sawed limbs, climbed poles or pulled wire 100 feet off the ground in the middle of the night, here is what I suggest:

First of all, I want you to wait until it’s about 20 degrees outside. Pull on some heavy boots and put on your overcoat. Now I want you to go outside and stand. We won’t even require that you do any work – no sawing, no loading and unloading trucks, no climbing. Just stand there. Ideally there will be some form of frozen precipitation falling, but any frigid night will do.

Stand there for at least four hours. Are you getting hungry yet? Are your feet aching? Don’t go back inside. We’ll have a cold biscuit for you that you can eat while sitting in your vehicle. Eat every crumb, because you’ll need to go right back out into the cold for another six hours or so.

Are you beginning to get a feel for the experience of a lineman? Good, but you’re not done yet. You need to spend the night on a cot or a bunk bed, then get up the next morning about 5 AM and repeat what you just did.

“But I pay a lot of money for my power bill, so I have a right to complain.” Right. You pay for the electricity you use at the same rate as everyone else. If you have lived here for 20-30 years, it’s just possible that you may have finally paid for your part of the infrastructure, the lines, poles and transformers necessary to bring power to your home. So if the right to complain is based on some kind of dollar parity, and if you have only lived here for a short time, then you need to shut up.

For those of you new to these mountains, and for some longtime residents who may have forgotten, storms and outages like the one we just experienced can happen at any time from now through March. It might be a good idea to get a little extra firewood. You might want to fill up a few water jugs and buy some fresh batteries. Have you checked your generator lately? Can you close your eyes and lay your hands on a flashlight?

As for the rest of us, the ones who were born here, the ones who sacrificed to be here, or who came from far away be part of this mountain life, we’ll be shaking the hand of the next person we see wearing that green ball, and thanking them (and the folks in law enforcement, fire and rescue who work the same hours) and wishing them well. It’s not even winter yet, and we may need their help again.