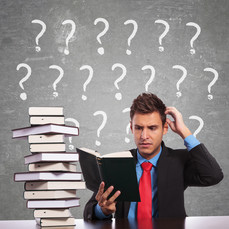 Over the weekend we disconnected from the infomatrix. It was nice to relax and spend time with family, but we started the week without being properly conditioned and now we’re not sure what we’re supposed to worry about. When I have a chance, I’ll login to Facebook and I’m sure someone will let me know.

Someone told us last week that we didn’t have to worry about the virus anymore, that we should worry about the lives of African Americans instead.  That’s fine with me. I already do, as this directly affects the lives of several people I care deeply about. There is a lot of room for improvement when it comes to healing the age old problem of racism that still exists in this country.

What I have difficulty understanding is all the complicated new rules about privilege and microaggressions and such. I’m not sure who wrote them. I think an associate professor at a junior college somewhere wrote a paper and tweeted some tweets and our information commissars decided it was important enough to spread around.

These new rules are going to take some getting used to. For most of my life I’ve had much simpler guides for dealing with folks. The Golden Rule works very well when it’s actually used, and the Bible even states that it sums up the whole law of the prophets. That’s a pretty heavy recommendation, and it really clarifies things.

But Americans like complexity, and we like to hear ourselves talk, and some of us, not naming any names, enjoy language so much that we get a little wordy. So, whenever I needed something more than “Do unto others as you would have them do unto you,” I had some fine material to draw on, like this great quotation which encapsulates the most central of American values. Some of you have heard it before:

“We hold these truths to be self-evident, that all men are created equal, that they are endowed by their Creator with certain unalienable rights, that among these are life, liberty, and the pursuit of happiness.”

There is no mention of race in that statement, and right there at the founding of the American state it begins the long and painful process of abolishing slavery in the United States, though for some it required a series of uncomfortable rationalizations to justify that horrendous institution.

Those of us who have spent much of our lives dealing with people based on the quality of their characters will find it difficult to have to modify our interactions to accommodate a person’s pigmentation, but we’re told that to fail to do so now is a “microaggression.” I’m not sure what a microaggression is, but I know it’s bad. It can get people called on the carpet at work or even fired, or worse – it can attract a whole flock of angry tweets.

There’s already too much anger being passed around. I think some of it is frustration from being cooped up and told what to do…and then told something completely different to do by the people who are supposed to be in charge. Talk about confusion!

But it takes more than frustration to send people into the streets to protest. Not that we should worry about the protests. Our country was founded on protest. Go back and read the Declaration of Independence again and note the long list of grievances. No, people should be able to peacefully protest anything they wish at any time and in any way that does not impinge on the rights of others.

Many of the protesters have a valid point. There’s little doubt that black people are more likely to be arrested and more likely to suffer at the hands of a very small percentage of police officers who should not be allowed to wear a badge. And if you dig into those fractions, you’ll also find that economic status is an even better predicter of arrest and mistreatment by the criminal justice system, which leads to another discussion as to why the majority of young black men are stuck in the lowest economic class year after year.

That would be a great starting point for a legitimate discussion about race, but it’s not all about race. Race might have been the spark that ignited the current unrest, but the fuel for that fire has been collecting for decades, and it is decidedly economic in nature.

When you think about it, “fire” is a good metaphor for what’s going on now, and we should all be aware of who, or what, is fanning the flames. Look no further than the screens that dominate our waking hours and awareness. No one fanned the flames two weeks ago when over 100 black folks were killed in Chicago by other black folks. Every single one of those deaths was a tragedy. Every one of those lives mattered. But corporate media and social media had very little to say about it.

Sometimes it helps me to remember that the Supreme Court some years ago decided that corporations are people. Some people can’t be trusted. That’s why I was suspicious when I first learned about the corporate person of Black Lives Matter. Have you read their mission statement? It’s on their website, and though some of it sounds pretty good, some of it sounds more like Karl Marx than Martin Luther King.

Then I noticed that several companies have donated over $100 million to another corporation called The Movement for Black Lives, which is affiliated with BLM. Now, corporations give a lot of money to a lot of causes, and lot of charities and a lot of politicians. There’s nothing wrong with that. But I thought it was curious that corporate America had suddenly discovered black folks. Then I remembered that this is an election year.

Of course, some corporations already knew quite a lot about black folks, like the entertainment companies that exploited performers and mass produced, marketed and sold a violent, misogynistic gangster culture made popular and profitable through hip hop music. Corporations know how to put their most polluting industries and toxic waste in the poorest neighborhoods with the least ability to resist.

They don’t seem to know a lot about providing jobs for the folks they now say they support. After seeing “BLM” every time I logged into Amazon or turned on my Fire TV, I found myself wishing I could inject it with truth serum so I could hear it say, “Hi, I’m Alexa and I’d like to thank all the people who destroyed neighborhood businesses and helped give Amazon one of the most profitable quarters in our history!”

Come to think of it, I believe the best thing for me to do personally is to, with all due respect, disregard “Professor Karen’s Rules for White Folks about Black Folks.” If I meet a guy named “Steve” tomorrow and he’s black, all I need to know is his name and all I need to observe is the choices he makes. If Steve wants me to acknowledge his skin color or tell me about his history, he’ll let me know. His choice. Not mine.

And I’m sorry, Professor Karen, but not too long ago, to make assumptions about someone based on race, creed, color or ethnicity was the definition of prejudice. It seems to me that if I immediately assume a history of victimization and a set list of opinions and needs based on skin pigment, that is prejudice also. I think Martin Luther King had it exactly right when he said, “I look to a day when people will not be judged by the color of their skin, but by the content of their character.”